Have you recently heard the term “tongue thrust” from your child’s pediatrician or perhaps a friend, but don’t know what it truly means?

With this disorder accounting for nearly half of all orthodontic patients, it is unfortunate that many parents never get the chance to learn more about it.

That’s what we hope to change with today’s post. We’ll start with the fundamental question of what this condition is and then unravel all the intricate details in simple terms.

What Is a Tongue Thrust?

Tongue thrust is the common name for a disorder involving dysfunctional muscle patterns in the mouth.

Patients with this disorder tend to have a behavioral problem where they push their tongue forward against the front teeth in certain situations. Usually, this pattern is triggered when the patient is swallowing, speaking, or just resting their tongue.

Generally speaking, this thrusting pattern is nothing out of the ordinary in young children. In fact, most children display signs of tongue thrusting when swallowing. That’s because they tend to use their tongue to latch on and squeeze the milk out rather than sucking it, regardless of whether they are breastfed or bottle-fed.

However, as kids grow up, most of them tend to overcome this habit and learn to follow a normal swallowing pattern. Unfortunately, while most kids do break this pattern with time — many don’t.

If such problems persist beyond the age of 6, it’s usually a strong indicator of a disorder and tongue thrusting is the most common culprit.

Before we move on, please know that you may also hear this disorder called by other names like reverse or immature swallow.

Why Is It a Problem?

Even though it may not seem like a big cause for concern, tongue thrusting can cause significant problems. Let us elaborate.

Did you know that the average child swallows up to 2,000 times a day?

Did you also know that the average swallow exerts a pressure of about four pounds (1.8 kg)?

With those facts in mind, it shouldn’t come as a surprise that the pressure applied on the front teeth can significantly alter the alignment of the teeth.

For an illustrative comparison, braces offer a great example as they apply continuous pressure throughout the day to slowly move and reshape teeth. The same thing happens when the tongue applies a pressure of 4 pounds at each of the 2,000 times a child swallows in a single day.

Apart from the misaligned positioning of the teeth, tongue thrusts may also result in speech problems. This usually includes difficulty making some sounds correctly or speaking with a lisp.

Lastly, some kids with this condition struggle to swallow their food correctly. For instance, they may take large bites, swallow without chewing properly and have an all-around messy eating habit.

To sum it up, not only does tongue thrusting present practical challenges in a child’s daily life, but it can also lower their self-esteem with the changes in appearance that follow.

What Are the Consequences of Not Treating a Tongue Thrust?

If left untreated, tongue thrusting can result in complications such as:

Considering all the long-term consequences outlined above, we highly recommend consulting a professional and starting treatment as soon as possible.

As with many conditions, early intervention is key to successful treatment.

While there is no conclusive cause for tongue thrusting, the following is a list of possible causes:

How to Identify a Tongue Thrust?

Following are some of the most common symptoms for this disorder:

While that list of symptoms is a great start, you should always consult a professional for proper diagnosis as it is quite complex.
Apart from that, you should also consider the age of your child. Kids under the age of 4 tend to have a naturally flawed swallow pattern that goes away on its own.

How Do Tongue Thrusts Impact Orthodontia?

While the orthodontist may be able to fix the specific problems initially, such efforts are futile without a proper plan to get rid of or at least minimize the thrusting habit. That’s because any corrections will deteriorate over time, as the tongue pressure that required them in the first place is still there. Hence why relapse is almost guaranteed among patients who don’t get treated for tongue thrusts.

To put another way, getting rid of tongue thrusting allows for orthodontic treatments like braces to fix the teeth sooner and then keep them perfectly aligned thereafter.

What an SLP Can Do to Help Correct a Tongue Thrust?

The treatment usually involves a customized plan of exercises designed to encourage a normal tongue resting position and swallowing pattern. If there are any articulation errors, the treatment plan is adjusted to account for them as well. Apart from that, a speech pathologist also helps identify and break any negative oral habits such as thumb sucking.

With an effective therapy plan in place, your child will see a significant drop in tongue thrusting within 8-12 weeks.
Just remember: therapy sessions will guide and keep your child on the right track, but the major steps in this journey will come from following the exercise plan at home.

If you feel your child would benefit from therapy to help correct a tongue thrust, please feel free to contact us. We are here to help! 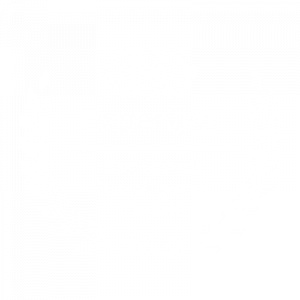 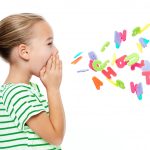 Everything You Need to Know About Speech Sound DisordersOccupational Therapy, Speech Therapy