Everything You Need to Know About Speech Sound Disorders

Does your child struggle to pronounce some words correctly?

For instance, you may hear them say “wabbit” when talking about a rabbit. While those mispronunciations are certainly cute and charming at times, they could turn into a problem beyond a certain age.

A typical milestone for kids aged four and above is the ability to communicate by producing sounds accurately. That means their speech is understood not only by family members but by strangers as well. The inability to make intelligible speech is usually a sign of speech sound disorders.

If you’re worried about your child’s speech progress and want to keep him on track, then this post will be your ultimate guide.

When Do Speech Sounds Develop

Children start developing speech sounds soon after they’re born. Most infants can make sounds like crying, laughing, or coughing within their first month. By the age of four, however, they can pronounce all letters and are understood even by strangers.

By the age of 3 months, most infants can:

Infants progress quickly and by the time they’re 5 months old, they can already:

After half a year, your child should start babbling. Here’s the complete list of milestones most infants reach by the age of 6 months:

By the age of one, infants turn into toddlers as they start walking. But that’s not the only area they progress in, as toddlers can:

In the next 2 years, your child should develop basic communication skills.

Most 3-year-old children can:

By the age of four, most children can:

When children persistently have problems pronouncing certain words or sounds, they may have a speech sound disorder. In such cases, they may confuse one word with another, change a sound, or make a wrong sound altogether.

While speech sound disorders often don’t have a known cause, the most frequent known causes include:

For any type of developmental delay, early intervention is key to success. If your child shows signs of speech delay, you should seek professional help right away and provide some home speech therapy as well.

How Can an SLP Help?

A speech-language pathologist (SLP) is a trained professional who can help your child in two ways primarily:

An SLP will start by testing your child’s speech in order to diagnose any disorders. This usually involves testing for clarity of the sounds your child produces, any irregularity in movement of lips, jaw or tongue, or even a delay in your child’s language skills.

Apart from that, an SLP will consider the hearing abilities of your child, as hearing loss is often associated with difficulty in learning to talk.

Once a speech disorder is diagnosed, an SLP will create a treatment plan customized for the specific needs of your child. The goal of such treatment plans is to help the child learn to identify and produce correct sounds, and then practice those sounds in different words and sentences.

Apart from creating the treatment plan, an SLP also helps parents and other involved professionals by providing education, guidance, and support. They also handle additional management aspects such as documenting the progress from day one.

How Can Parents Help?

If your child is diagnosed with a speech sound disorder, you probably already have access to a home program created by their SLP. In such cases, you should work with your child to help them follow the program and bring up any problems with the SLP.

However, if you’re in a position where your child is not old enough for a conclusive diagnosis but is lagging behind in the speech department, you can promote speech skills with the following activities: 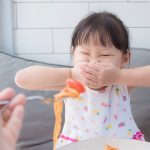 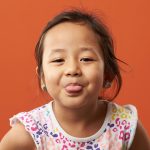